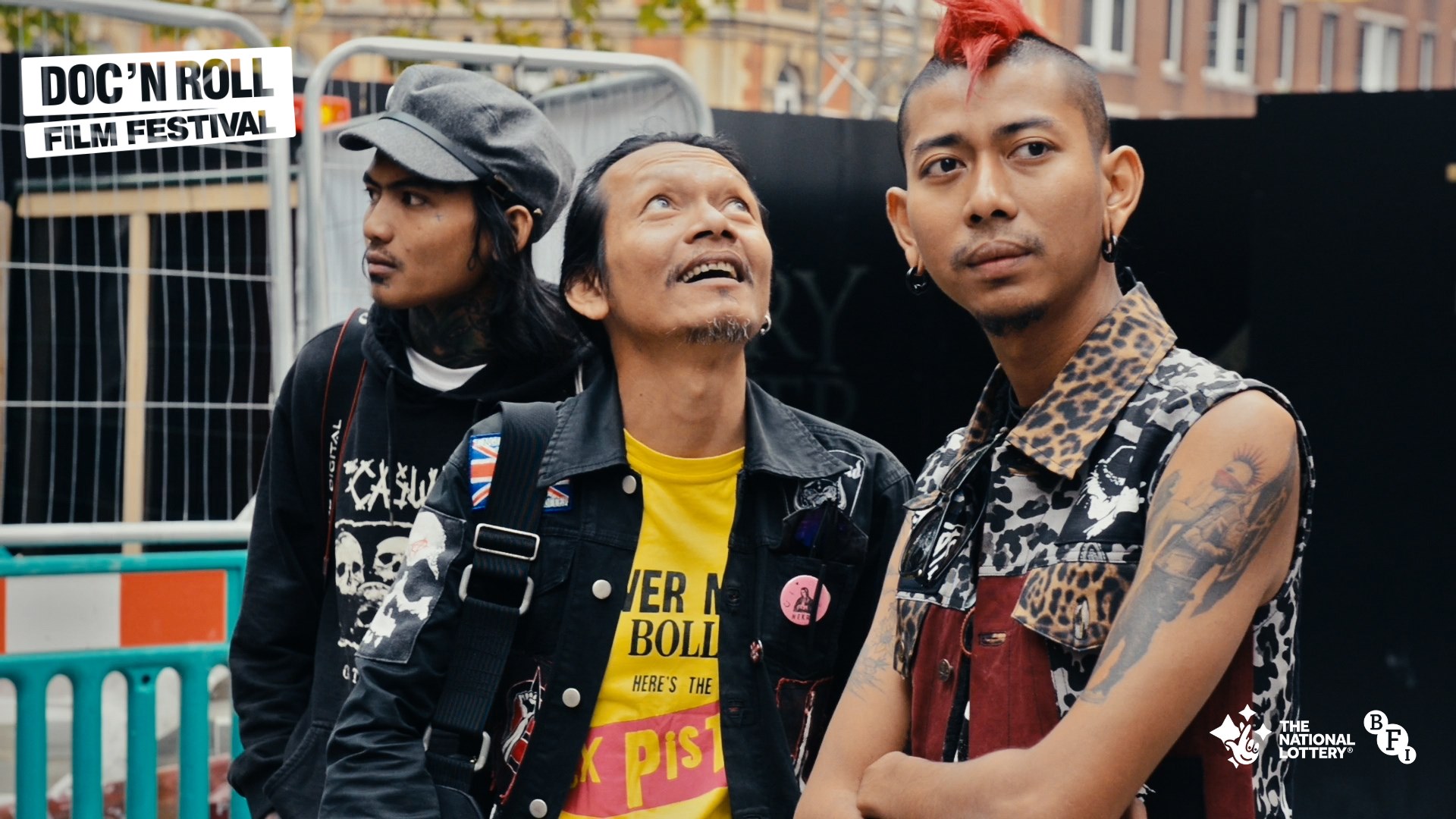 Doc’n’Roll Film Festival have just announced the 2021 programme and included in this year’s festival is the world premiere of the NO SPICY NO FUN: REBEL RIOT IN THE UK documentary!

We’re thrilled to have been involved in this amazing project and contributed both live footage and sound recordings to this fantastic documentary produced by Punk Ethics!

The documentary follows Myanmar punk band The Rebel Riot on their short tour of the UK back in 2017.

“This is documentary as history in the making” say its directors.

As protests erupt on the streets of present day Myanmar, No Spicy No Fun follows The Rebel Riot, a punk band from Yangon formed under the military dictatorship, on a whistle-stop tour of the UK where they unleash their own blend of Buddhism and anarchy on the birthplace of punk rock.

The premiere on 5th November 2021 (18:45 @ The Castle Cinema, Homerton) features the full 57 minute documentary followed by Q&A with the director Roberta Bononi and producer Jay Kerr.

One thought on “News of the week! World Premiere of Rebel Riot in the UK documentary!”