“Rash Decision were formed in Falmouth in 2006, they did the band thing for two years, had a hiatus and then came back many times the stronger in 2009. Since then, 230-odd gigs, an EP, two Splits and a full length have surfaced.
Combining Hardcore Punk with Thrash Metal tendencies, the breakneck speed you expect after reading those few words is exactly what you are left with. That and nods towards bands such as This Is Hell, Poison Idea, Municipal Waste and Black Flag, as well sections sometimes so fast, even comparisons to Powerviolence can be made.
The band released Seaside Resort To Violence back in 2014. Fourteen tracks of hard-edged, up-tempo, shredded Thrashcore/Crossover Thrash that any fans of Hardcore, Thrash or Metal even individually so, should own.” … >>>source: http://musicallyfresh.com/2016/02/rash-decision-seaside-resort-violenceheadstrung/ 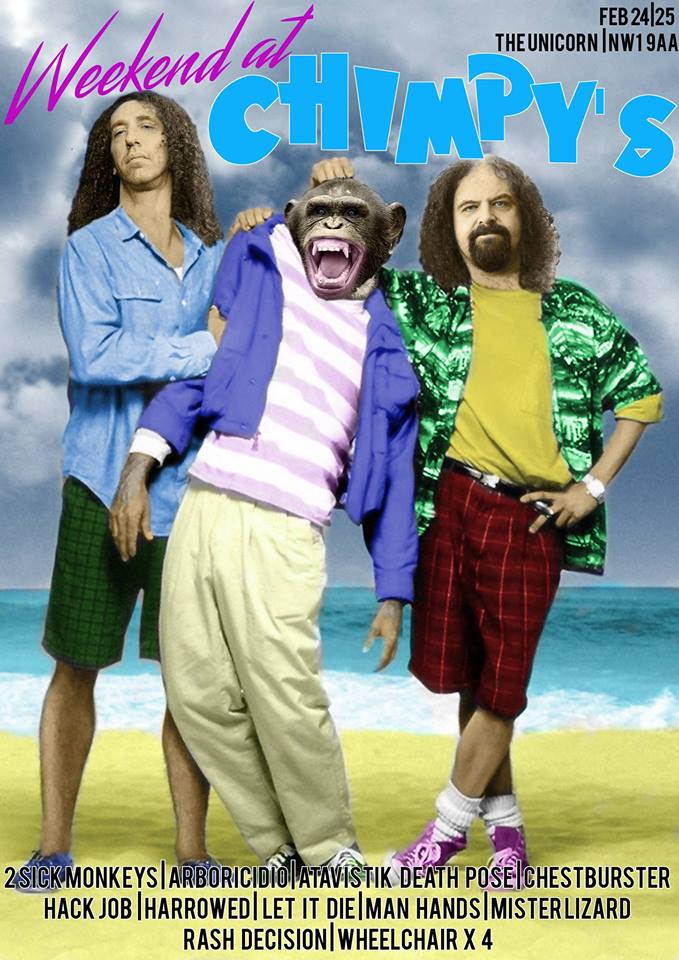